Did you know ? By staying at the hotel you are directly contributing to save Haveli in the city. 95% of our profit is dedicated to protect the precious heritage of this great country. 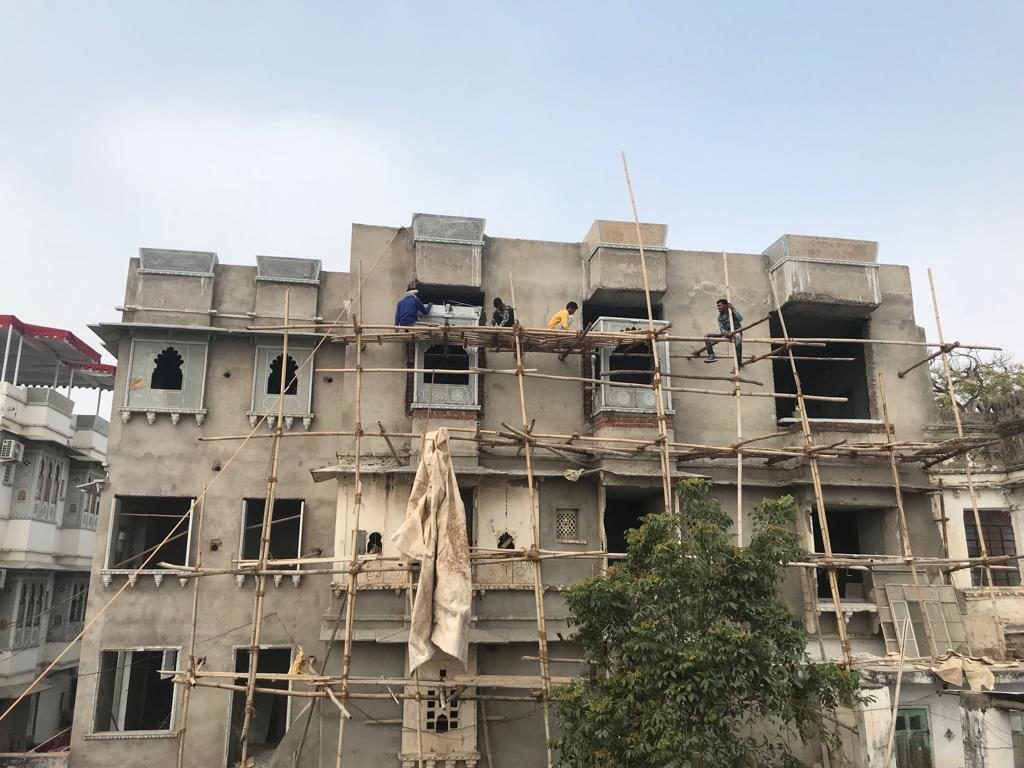 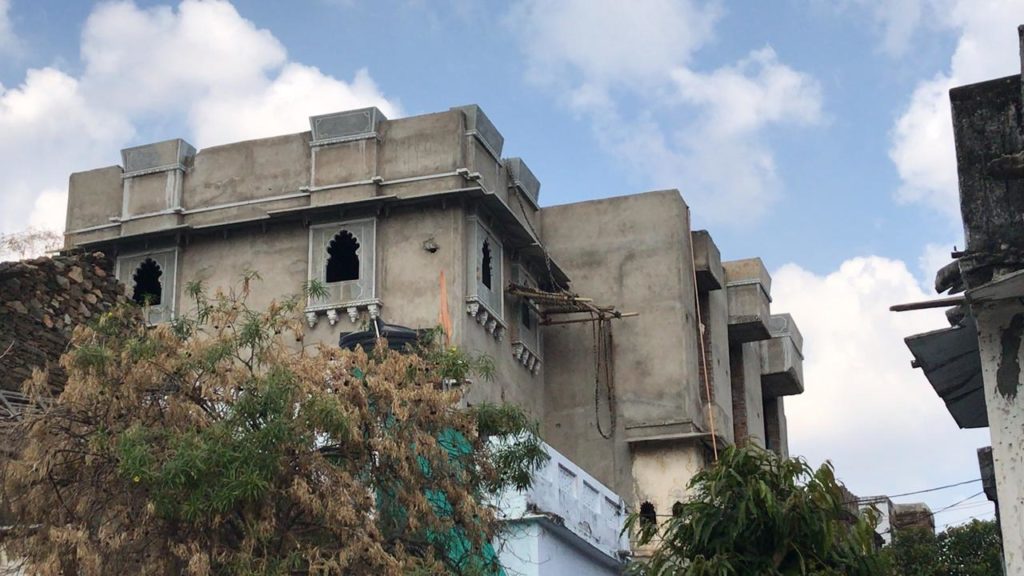 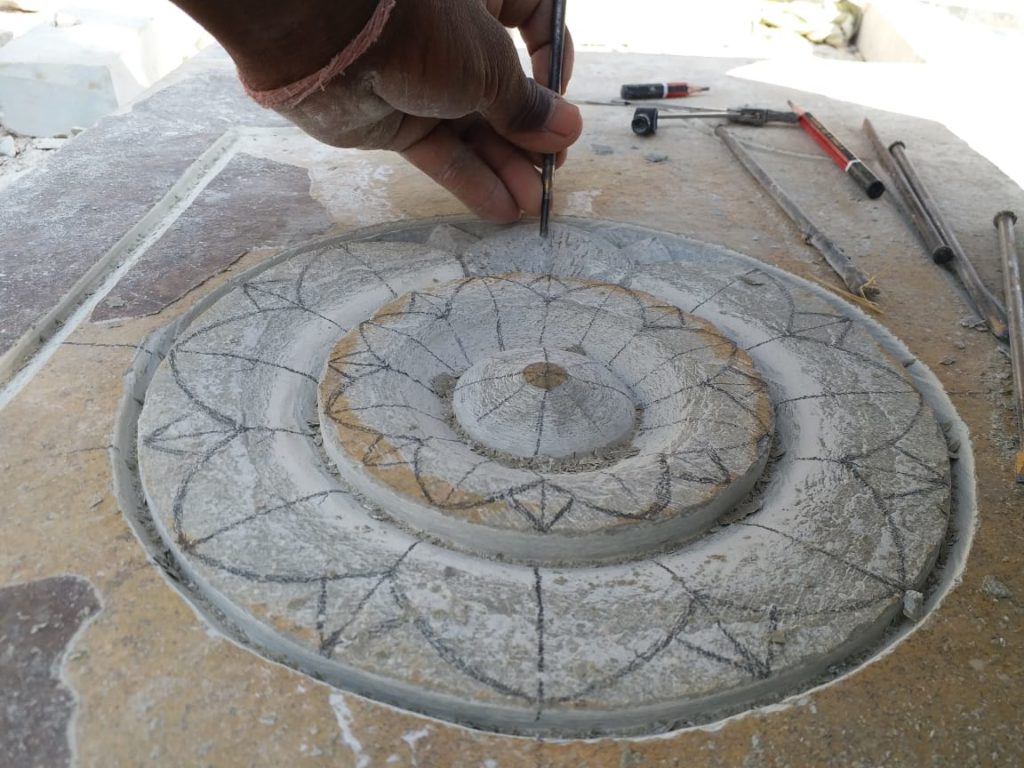 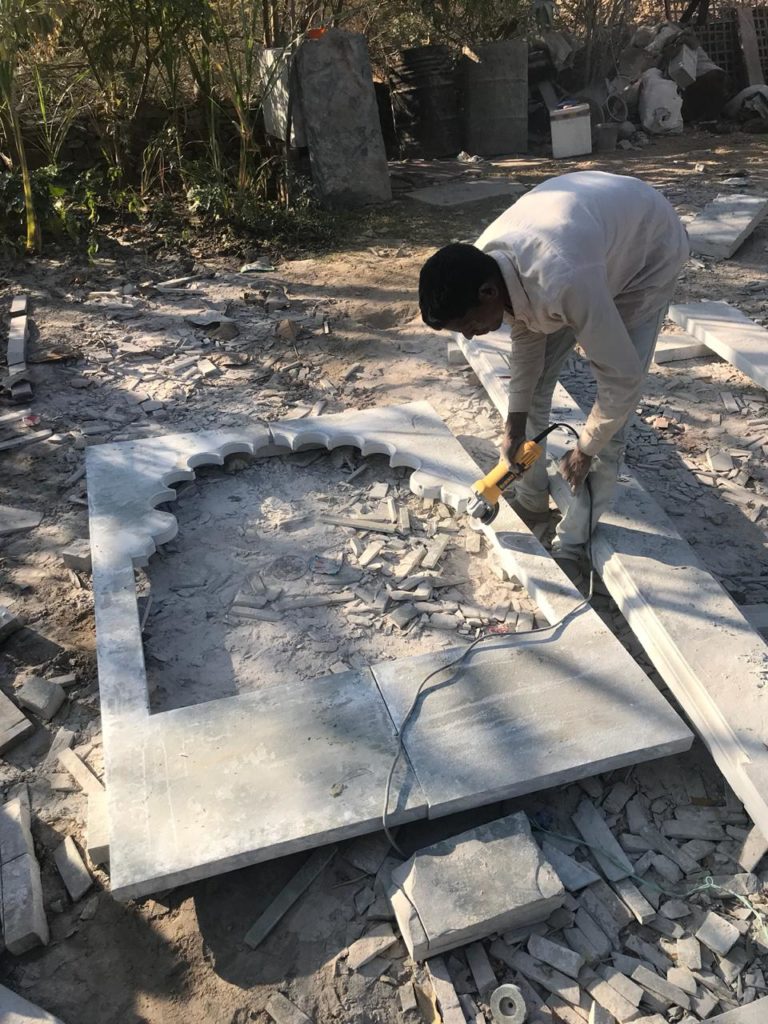 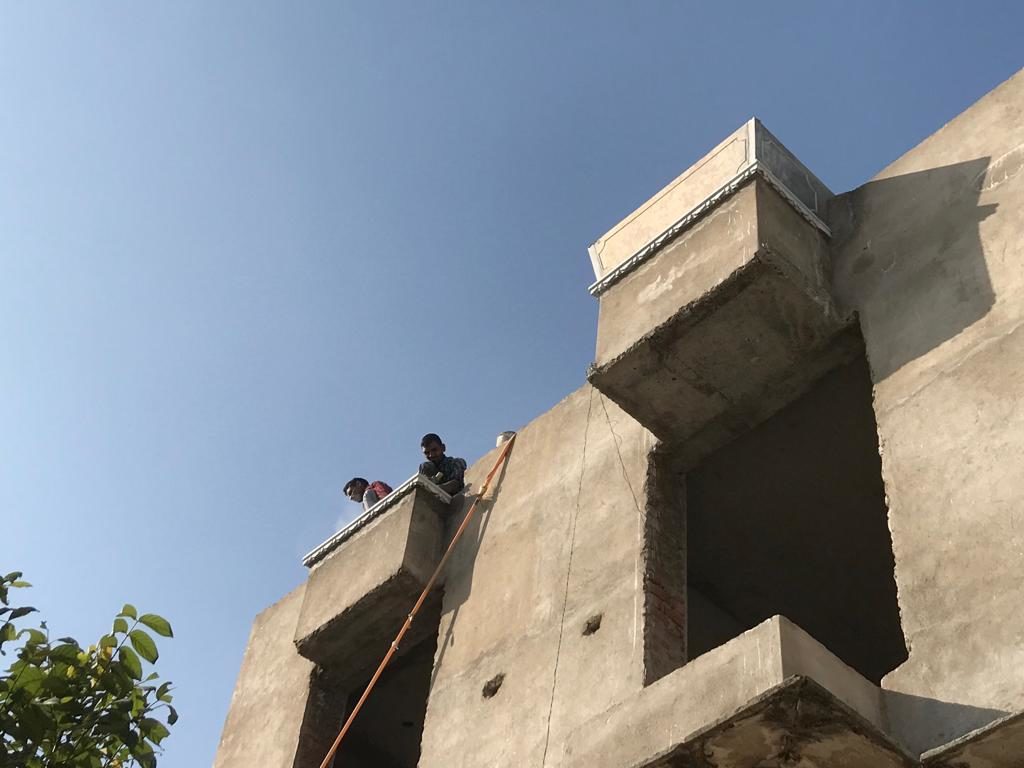 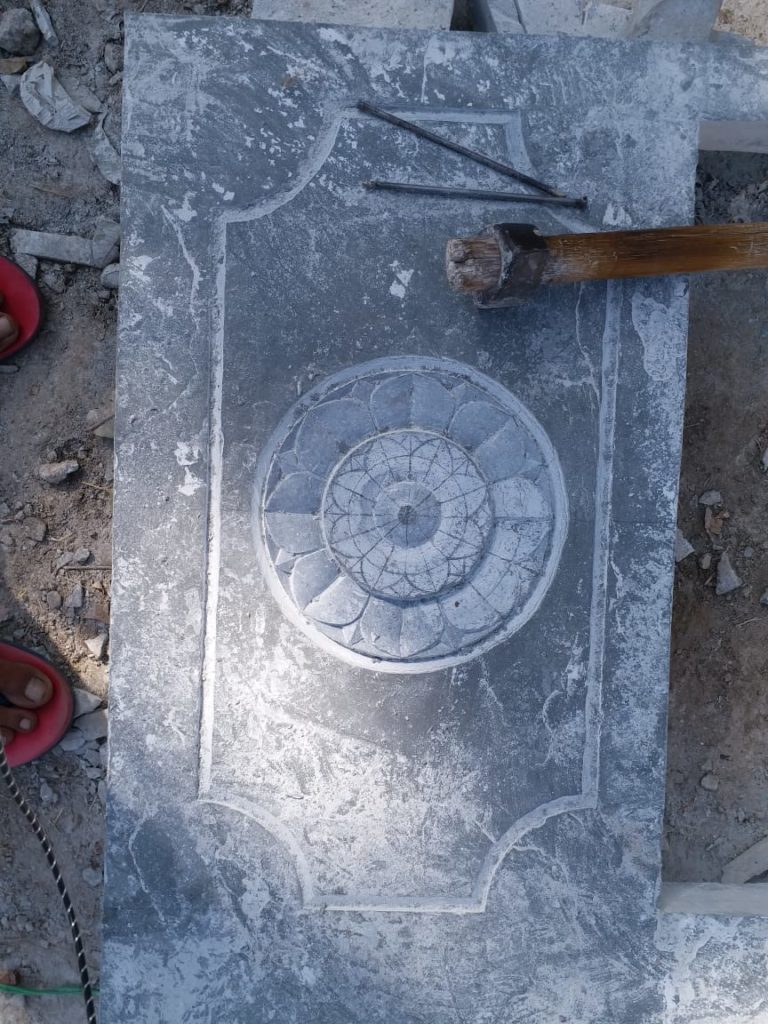 A bit of history…

Madri Haveli is part of a long history of more than 300 years. Haveli is the term used for a private mansion in India with historical and architectural significance. The word is derived from the Persian word hawli, meaning “an enclosed place”. In the region of Rajasthan, the havelis were status symbols for the Marwaris as well as homes for their extended families, providing security and comfort in seclusion from the outside world. They usually contain a courtyard with a fountain in the centre and two to three stories high.

During 6 years, it was under renovation, using the same methods and material which were used 300 years before.
Tons of stone were used to give back the same old style and property prosperity.

We invite you to see the various stages of renovation through photos: 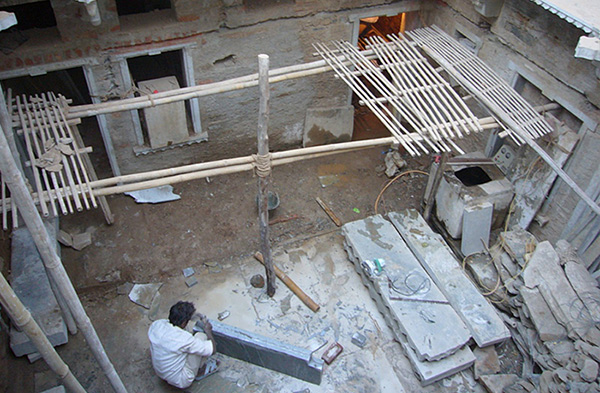 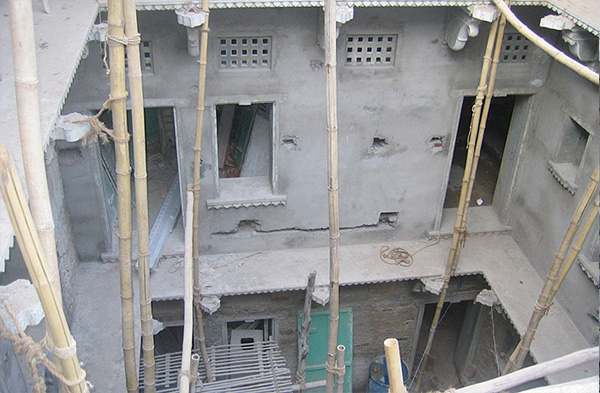 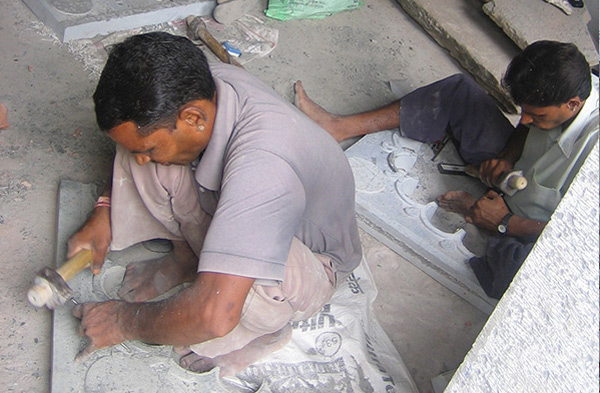 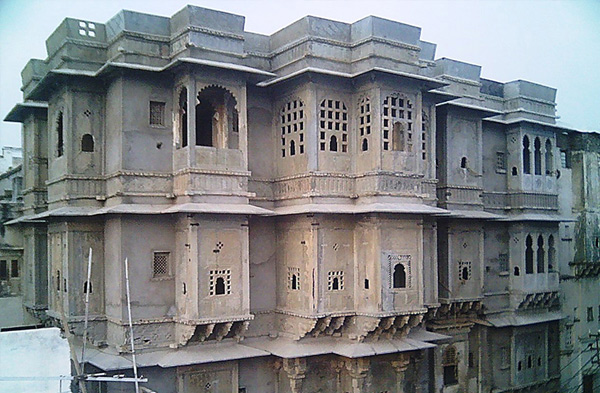 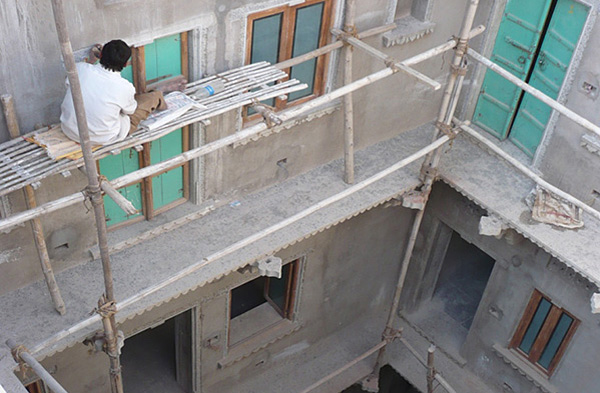 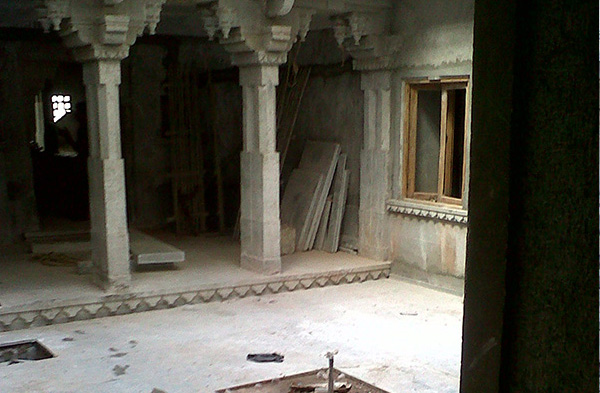 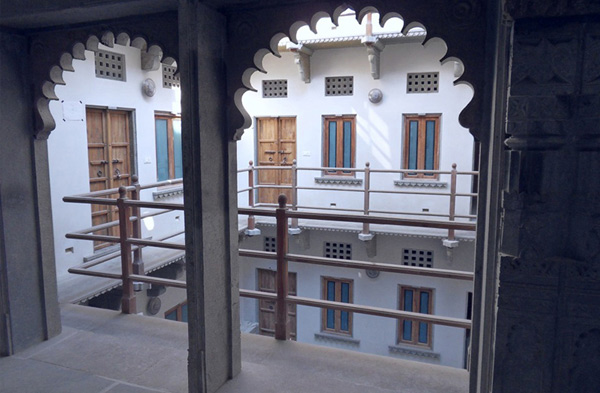